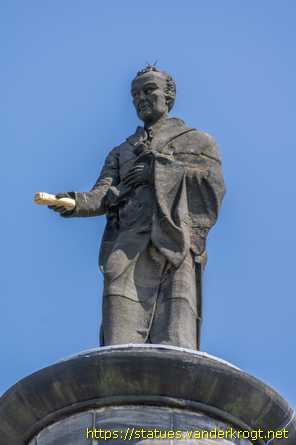 Statue of William Wilberforce presenting a 'golden' scroll (probably the 1807 act to abolish the slave trade). It stands on a 90 ft./27 m high column, designed by the architect John Clark of Leeds. Initially, the monument was planned as only a column, the addition of a statue was an afterthought of April 1835, and was placed on the column on 19 November 1835.

On the large square pedestal are texts in laurel branches and the coats-of-arms of the town of Hull, the Dock Company, the Trinity House of Hull and the Wilberforce family.

In the foundation stone a brass plates was inserted with the text:

This first stone of a commemorative column to the honor of William Wilberforce, was laid by Richard Kethell, Esq., M.P. for the East-Riding of Yorkshire, on the 1st of August, 1834, being the day on which the public labours of William Wilberforce were gloriously consummated by the termination of Slavery throughout the British dominions. John Clark, architect.

The monument stood at the Dock, but was in 1935 replaced to the present location. 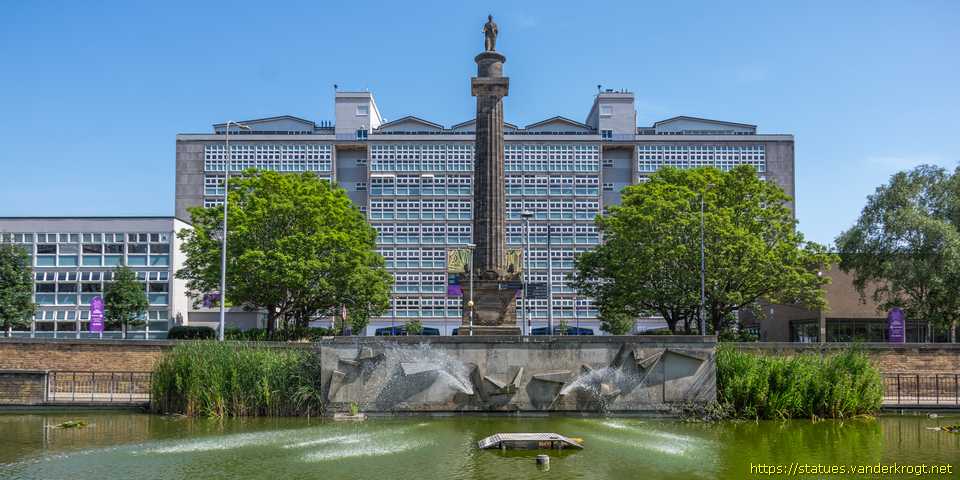 Item Code: gbyh040; Photograph: 25 July 2019
Of each statue we made photos from various angles and also detail photos of the various texts.
If you want to use photos, please contact us via the contact form (in Dutch, English or German).
© Website and photos: René & Peter van der Krogt