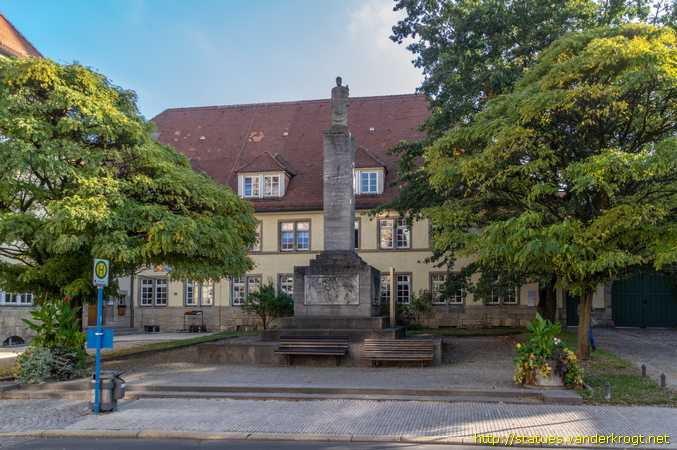 Square stone column with on the top a statue of Asclepius, hero and god of medicine in ancient Greek religion and mythology. On the faces of the large base are two marble reliefs and two texts.
The monument was built in 1926 to commemorate the fallen German doctors in the First World War. In 1997 it was reconstructed on the occasion of the 100th German Medical Conference in Eisenach and now dedicated by the German Medical Association "to all doctors who were victims of war, terror and tyranny in the exercise of their profession".

Item Code: deth081; Photograph: 10 October 2018
Of each statue we made photos from various angles and also detail photos of the various texts.
If you want to use photos, please contact us via the contact form (in Dutch, English or German).
© Website and photos: René & Peter van der Krogt